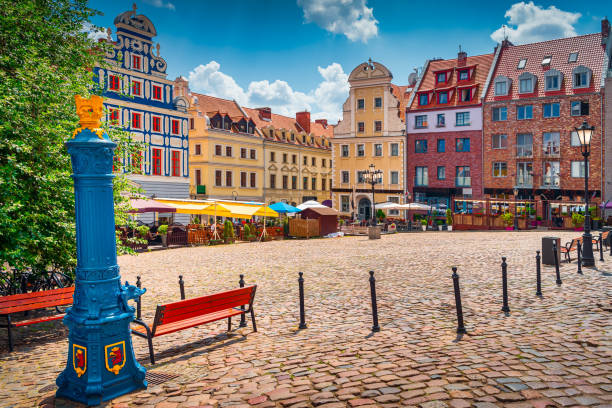 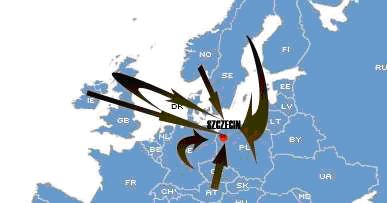 All your journeys should be planned to Szczecin Goleniow Airport

The most convenient way of reaching the city by car is to take the A11 Motorway from Berlin, or the A20 Motorway from Lubeck. Tourists travelling by train can choose from a wide selection of railway connections.  Additionally, as a means of promoting traveling by train, the holders of DB Schönes-Wochenende-tickets, Berlin-Brandenburg-tickets or Mecklenburg-Vorpommern-tickets will also be entitled to travel free on Szczecin’s public transport.

Also, the enthusiasts of sailing will have no difficulty in reaching Szczecin. The shortest water route from Berlin to the Baltic Sea goes via Szczecin.

Tourists from more distant parts of the globe can fly into the Goleniow airport, situated 45 km from Szczecin. The Polish Airlines LOT provide shuttle buses between from the airport and the city centre (Prior reservation required, valid with the flight ticket). The ride takes about 50 minutes and ends at Al. Wyzwolenia 17 in front of the LOT office. Alternatively, for PLN 9,90 per person, tourists can take a minibus running to the bus station in Szczecin  The taxi fare with the Airport Taxi Group is PLN 120.